This marks its entry into the European market

Dexlevo, which signed an MOU with Hugel, attended the 19th Aesthetic & Anti-aging Medicine World Congress (AMWC, Aesthetic Multispecialty Society) held in Monaco on September 16-18, 2021. The AMWC, one of the largest global aesthetic and anti-aging congresses, is an annual event where over 15,000 visitors including medical professionals and industry participants from more than 120 countries share the latest medical knowledge. 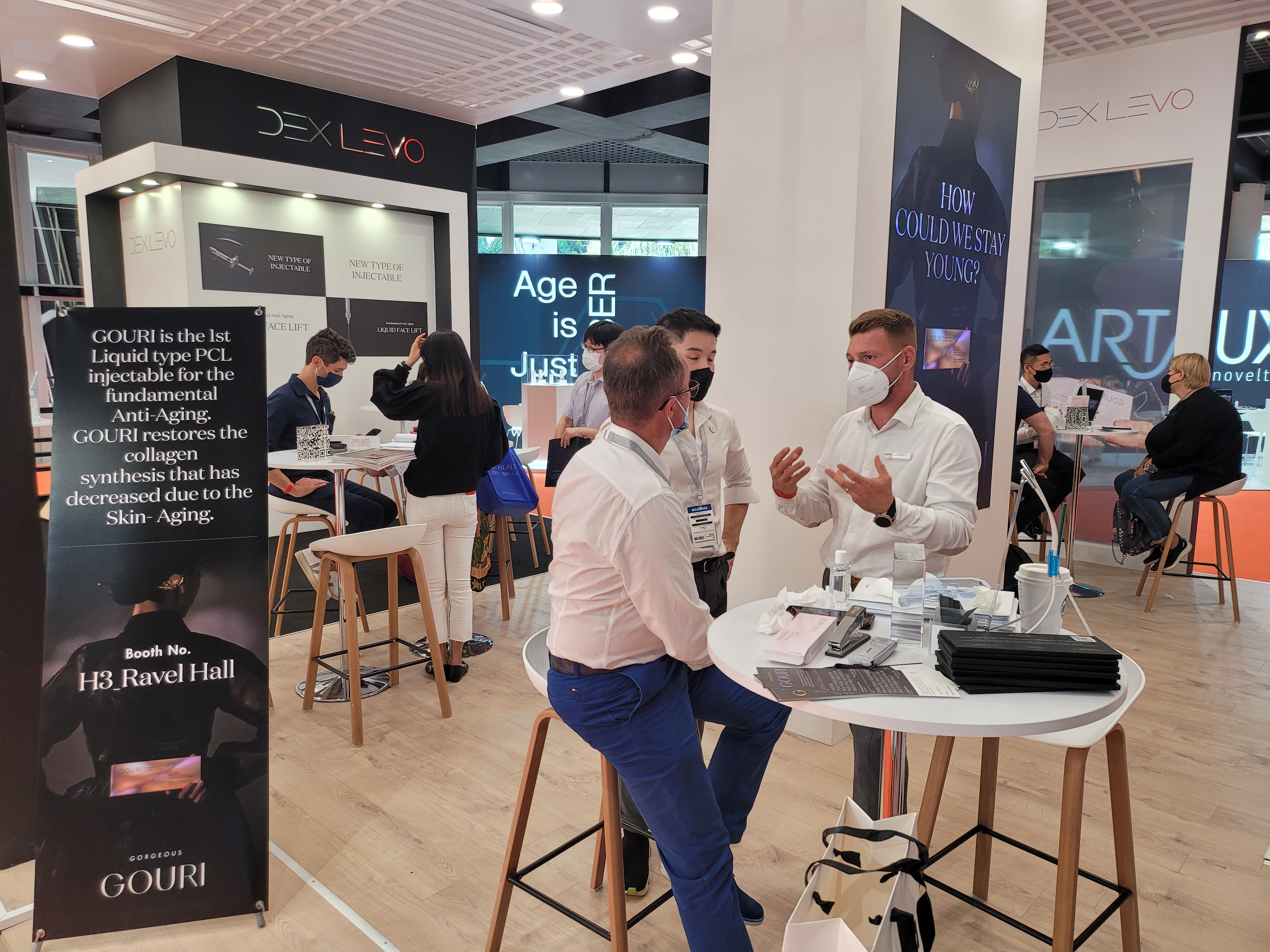 In addition, the company held a satellite symposium to promote the technology and excellence of liquid-type PCL injectables. At the symposium, Dr. Arturo, a Mexican dermatologist, gave a lecture (titled “GOURI, fully solubilized PCL injectable for the collagenesis on the entire face”) about Dexlevo’s technology, strengths, and differentiation according to changes in the aesthetic market trend. Dr. Chang-Shik Kim, a dermatologist, (Head of Chang Dermatology Clinic) gave a lecture (titled “Injection Technique of GOURI, the fully solubilized PCL for the collagenesis on the entire face”) about the ease and feature of the procedure with the liquid-type PCL injectable compared to competing products. 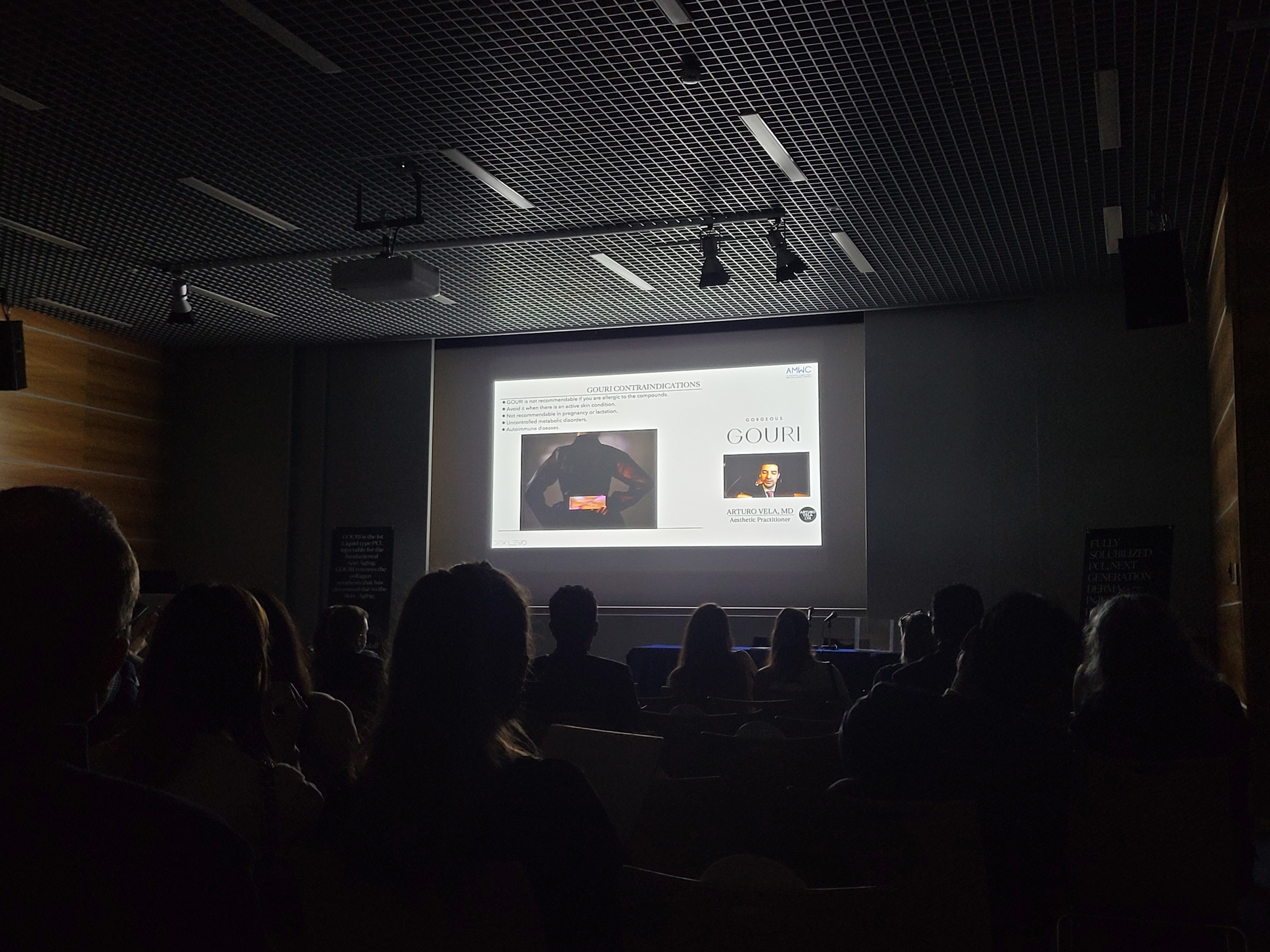 On September 16, 2021, Dr. Arturo presented at the symposium where doctors from Europe and North America were in attendance.

Mr. Chang-il Sohn, Vice President of Dexlevo, said, “We started discussing contracts with large European companies through having meetings with 200 companies at this AMWC, and could identify the needs for new products in the aesthetic market.”

Dexlevo is expected to enter the European market in earnest, starting with its exhibition at the AMWC, and is planning to expand its market by continuing to participate in the global aesthetic and anti-aging exhibitions in the future.

As the younger generation in their 20s and 30s, along with the middle-aged and the elderly, are emerging as major consumers, the anti-aging market is growing rapidly. The size of the global aesthetic market is estimated to reach KRW 12.7 trillion (USD 10.7 billion) by 2026 (source: DRG Research Data).

Established in 2013, Dexlevo is a biodegradable polymer PCL-based aesthetic medical device manufacturer. PCL has been used in the medical field for a long time, and its safety for a human body has been proven through FDA (US Food and Drug Administration) approvals.

When injected into the skin of the face, the world’s first liquid-type PCL injection naturally spreads throughout the entire face such as around the eyes, forms a three-dimensional matrix, and induces collagen production, thereby giving the effects of rejuvenating aging skin.

Meanwhile, Dexlevo is discussing partnerships with global pharmaceutical companies in Europe through obtaining CE certification in the European market, and clinical trials are underway with the goal of completing a KFDA (Korea Food and Drug Administration) approval by 2022.